In 1919 King George V authorised a clasp bearing these dates for those who had actually been under fire during that period. The majority of the 400,000 recipients of the Star were officers and men of the pre-war British Army, the 'Old Contemptibles' who landed in France soon after the outbreak of the First World War. 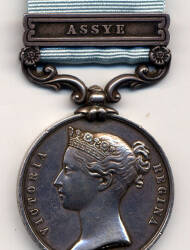