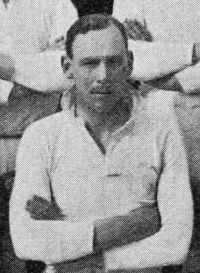 Educated at Uppingham School and RMC Sandhurst, Charles Beaty-Pownall was commissioned 2nd Lieutenant into The Leicestershire Regiment on 30.8.1926, and posted to 2nd Bn in Colchester. Promoted Lieutenant 30.8.1929. Member of the 2nd Bn rugby team, runners up in the Army Rugby Cup Final in 1932. He made 14 times appearances for Leicester FC's 1st XV from 1930 to 1932 (scoring 2 tries), and also played for the Army. He was a fine cricketer and athlete. He was posted to the Sudan Defence Force in the local rank of Captain on 30.6.1935, and promoted Captain 1.4.1937. From there he retired from the Army on 3.11.1938, and joined the Sudan Police. He became The Sudan's Chief of Police in 1952, and was compulsorily retired in Sep 1954 on account of the constitutional changes in that country. He was Chief Constable of the Isle of Man 1955–1972. In the Most Venerable Order of the Hospital of St John of Jerusalem, he was appointed Officer (Brother) (OStJ) in 1956 and Commander (Brother) (CStJ) on 14.7.1959. He died in 1977, aged 70 years.

Place of Death : Isle of Man

Do you have more information about Captain Christopher Charles Beaty-Pownall ?

If you have any further information or photos regarding Captain Christopher Charles Beaty-Pownall that you believe we could publish, please click here to contact us.