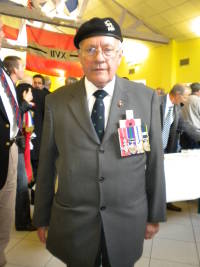 Son of William Bill Keightley whom it has been reported was the Leicestershire soldier who was rescued from 'no-mans land' by Rfn Kilbur Thapa, the first Gurkha VC during the battle of Neuve Chappell in 1915. See also Evan Jones: http://www.royalleicestershireregiment.org.uk/entity/101301-jones-evan

Do you have more information about WO2 Cecil Kenneth Keightley - MBE ?

If you have any further information or photos regarding WO2 Cecil Kenneth Keightley - MBE that you believe we could publish, please click here to contact us.