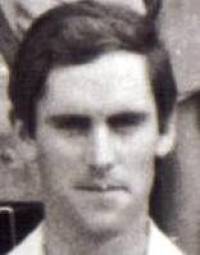 Chris Keeble was educated at Douai College. After several months as a trooper in 17/21st Lancers, he went to RMA Sandhurst, and was commissioned into The Royal Leicestershire Regiment on 20.12.1963 and served in 1st Bn and its successor 4th R Anglian until 1970 when he was the last Adjutant. Transferred to The Parachute Regiment, with whom he served several times in Northern Ireland and on the NATO HQ LANDJUT in Denmark. Was 2IC of 2nd Para in the Falklands War of 1982, and assumed command during the battle for Goose Green, for which he was awarded the D.S.O. (L.G. 8.10.1982). 2IC 2nd Para in Belize 1983. Attended the Joint Service Defence College at Greenwich 1983-84. Later CO 15th Para (V) in Paisley 1985-87, and SO1 at the NATO HQ AFCENT at Brunnsum, The Netherlands 1987. Retired 27.9.1987, and became a lecturer in leadership and management, and established a unique consultancy and lecturing practice that successfully enabled senior leaders and senior teams from national and international public and private sector institutions and corporations, to balance the ethic of business transformation with the ethic of peoples‘ flourishing. He is a graduate and Supernumerary Fellow of Harris Manchester College, Oxford.

If you have any further information or photos regarding Lt Col Christopher Patrick Benedict Keeble - DSO MSc FCMI that you believe we could publish, please click here to contact us.